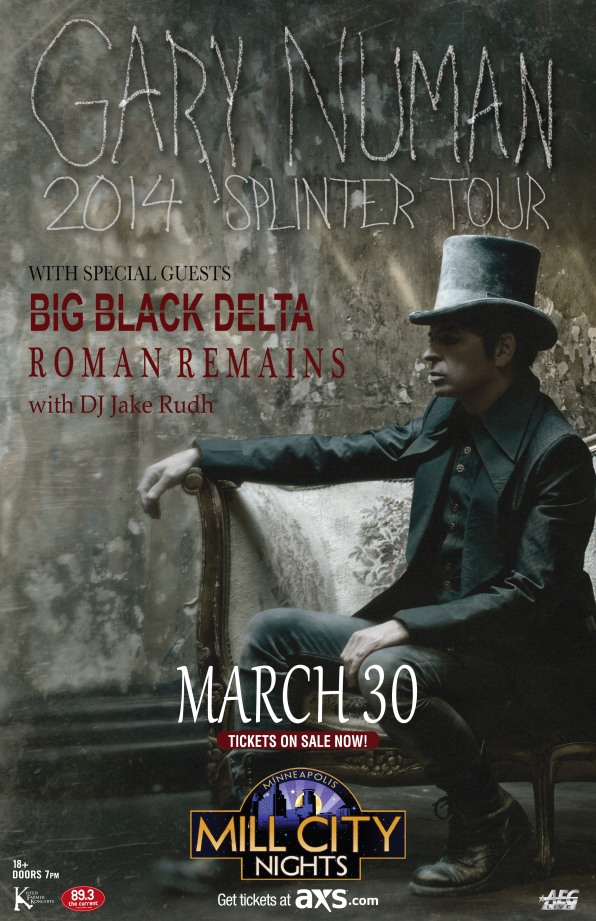 Godfather of synthpop Gary Numan returns to Minneapolis for the first time since 2008. Numan’s influence spans far and wide and success came early. The 1979 hit “Are ‘Friends’ Electric?”, released under the name Tubway Army, topped the UK singles chart and “Cars”, under his own name, reached #9 in the US in 1980. Numan’s stage shows during those early years were elaborate and futuristic and the concert video released for The Touring Principle is often cited as the first commercial music video release.

After experimenting with elements of jazz, funk and ethereal, rhythmic pop during the 80s and film scoring in the early 90s, Numan’s work began taking a darker and harsher turn in 1994, with the release of the industrial influenced Sacrifice (Dawn in the US). Sacrifice was well received by critics and began to re-establish his critical reputation, which had faltered during the 80s.

Gary Numan’s work has been lauded widely among musicians, receiving acknowledgement and praise and  from artists such as Dave Grohl, Trent Reznor, Marilyn Manson, Beck, Tricky, Jarvis Cocker, and David Bowie. His works have been covered by a wide range of artists including Nine Inch Nails, Fear Factory, Smashing Pumpkins, Information Society, Hole, Foo Fighters, Pop Will Eat Itself, and The Rentals.

2013 marked the release of Numan’s 22nd studio album, Splinter (Songs From A Broken Mind), which reached the UK top 20 and the US Billboard 200. 2013 also featured a short US tour with multiple sold out shows, including a Los Angeles date at the Hollywood Forever Cemetary.

Roman Remains is a side project of veteran British rockers Liela Moss and Toby Butler of the Duke Spirit. Their debut EP, Energy You, was released on November 5 and is available on iTunes. The band’s full length is set for release in 2014. 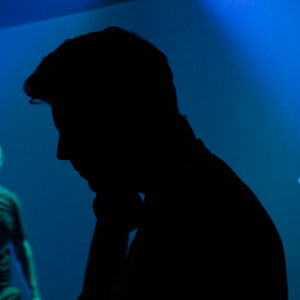 Transmisison’s DJ Jake Rudh is a veteran of the Twin Cities music scene. Transmission is in it’s 13th year of brining the Twin Cities the best in new wave, no wave, indie rock, British pop, garage, mod, punk, post-punk, synth-pop, electro, guilty pleasures and everything in between, brought to you weekly on Wednesdays at Clubhouse Jager and Thursdays on Minnesota Public Radio’s The Current.

Transmission (on the radio) is a weekly radio program on Minnesota Public Radio’s 89.3 The Current every Thursday night at 10pm (Central). See the video of the day and hear previous programs at The Current.

Transmission (at the club) occurs every Wednesday night at Clubhouse Jager from 10pm – 2am. The last Wednesday of every month is hosted at the Varsity Theater.