With Ayria, as|of and DJ Nitrogen

Tickets
$12 in advance
Online at TicketFly
In person at The Triple Rock, Red Savoy’s Uptown, Electric Fetus or Eclipse Records

Videos and band bios below the fold…

Project Pitchfork is a German Electro Industrial band. It was founded 1990 in Hamburg and belongs to the most successful and most influential harbingers of Dark Electro – a genre which they characterized decisively and which they lead to unexpected success. To this day, the driving forces behind the band are Peter Spilles, Dirk Scheuber and Jürgen Jansen.

The Hamburg scene got hit by the first Project Pitchfork tapes in the early nineties. Already these first recordings cause euphoric reactions. Encouraged by this positive response, they take to the stage for the first time on February 15th 1990 in the scene club “Kir” in Hamburg and thoroughly convince the audience in the sold-out location. In May 1991, the revolutionary debut “Dhyani” is released. It is one of the first border walks between electronic music and Gothic and becomes an often quoted milestone in the history of Dark Electro.

From the very beginning, Project Pitchfork have been masters of improvising, always getting as much out of the given situation as was possible. This method of working is also employed on the coming records. Both “L’am Bras” and “Entities” are released in 1992 and strengthen the bands’ visionary role in the scene. Project Pitchfork differ remarkably from other bands in the Gothic scene – not only with their music, but also with the professional attitude surrounding the band. From a very early stage, Peter Spilles decides to make the band his job to solely concentrate on his music. This accounts for the rapid succession of albums as well as for the countless concerts that lead the group to the whole of Germany and even – as the first scene band ever – to former Eastern Germany in the early nineties.

“IO” is released on February 7th, 1994. It is the first digitally produced Pitchfork work and takes the band’s sound onto a new level. For the first time they enter the German album charts (number 56), for the first time they embark on a lengthy German tour. After the EP “Corps d’Amour”, “Alpha Omega” follows in autumn 1995 – both being released on the band’s own label Candyland Entertainment. Following Peter’s wishes, the tour in support of this album is accompanied by Rammstein who begin their victorious march right after that.

On “¡Chakra:Red!” (released on February 5th, 1997), the extensive use of sampled guitars stands for Pitchfork’s urge for progress. Moreover, this record marks the inclusion of Jürgen Jansen as a permanent member and is followed by another rapid succession of highlights: Right after their first US tour, they return with the concept album “Eon Eon” on October 5th, 1998. The video for “Steelrose” brings Project Pitchfork into music television and earns the band an Echo nomination, they play mega festivals like Rock am Ring, Eurorock or Arvika.

In 2001, “Daimonion” can even top this string of successes: The album rockets to number 8 in the German charts, a huge European tour supports the release. And, as Project Pitchfork effectively prove with the following “NUN” trilogy, it is yet possible to be more ambitious, more daring: September 30th, 2002, sees the coming of “Inferno”, the first part of a triptych completed by the EP’s “View From A Throne” and “Trialog”.

The way to the present

“Kaskade” is set free on May 30th, 2005. Its 15 tracks are especially versatile – a reason why Spilles only places two very long songs on the digital release “Wonderland/One Million Faces”. Again, this digital (and since 2007 also physical) release stands for the band’s unbroken love of experimentation.

“Dream, Tiresias!” is seeing the light of day on March 27th, 2009 and turns out to be an amalgamation of Dark Electro, state of the art production and the well-known profound musical depth. A concept that works: Project Pitchfork play as many gigs as seldom before, take to the States a second time and present themselves on numerous Gothic festivals as the Dark Electro beacon they have always been. Like being the spark for a new era, this album propels Project Pitchfork onward at the speed of light: In the summer of 2010, the mighty, highly appraised Dark Electro manifest “Continuum Ride” is released, followed by “Quantum Mechanics” in 2011 that secures an impressive 12th rank in the German album charts.

A development as impressive as this clearly proves: Even after 20 years, the Pitchfork engines are still roaring at the highest level. Even after all their success and all their efforts, the tendency is still pointing upward, the creativity unbroken even after 14 studio albums, way more than 100 songs and countless gigs. If the bygone years were good to show anything, then it is this: Also for the next 20 years, Peter Spilles and his comrades will act under the philosophy “expect the unexpected”. This has been the case in 1990 and this will be the case for all the years to come. 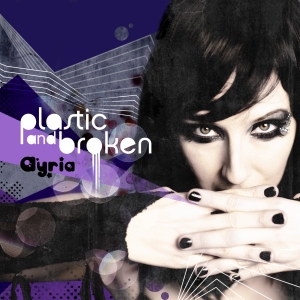 Toronto based Jennifer Parkin is a performer, singer, songwriter, and the creator of electronic music project Ayria. Jennifer Parkin has become a bit of an icon in the underground electronic and industrial music scene with her unique writing, singing and performing style and music with an in-your-face sonic approach that combines electro, synth-pop, industrial, 80’s dance, distorted gritty beats and synths, haunting melodies contrasted with angry distorted chanting all wrapped up with pop structures and catchy hooks.

Ayria has been intensively touring across the globe over the past 5 years gaining a very solid reputation for putting on energetic live performances with her keyboardist and electronic drummer in tow! A successful headlining 2011 Spring tour of both the U.S. West & North East this past April. And a full U.S. tour in 2010. Ayria has independently toured Jenn’s home country of Canada, and then followed it up by touring the U.S.A and Europe opening for legendary band VNV Nation. Ayria has supported The Cruxshadows on two U.S. tours and a 2 month tour covering Europe & the UK just last year. Ayria has also performed in Japan, Russia and Mexico and played notable festival events such as Dragon*Con in Atlanta in 2009 and 2011, INFEST in the UK in 2010, KINETIK in 2009, as well as TRITON FESTIVAL in NYC in 2010. Ayria has also toured alongside bands: Combichrist, Project Pitchfork, and has played shows with Front Line Assembly and Front 242.

Not fitting into any one musical category has allowed Ayria to gain a very broad fan base of underground, goth, electro, industrial, dance, and various underground club scenes as well as appeal to more mainstream audiences. People have referred to Ayria as the darker version of Lady Gaga, or the industrial Madonna. Jenn grew up with strong and dramatic women like Madonna influencing her childhood musical tastes, but was always more a fan of the darker side of music and and fashion.

Next up, Jenn is currently finishing up a 4th CD titled “Plastic Makes Perfect” to be released in late 2012. Like the previous release “Hearts For Bullets”, the new CD will also be produced in Canada by Sebastian R. Komor (ICON OF COIL, KOMOR KOMMANDO, MELT, ZOMBIE GIRL, etc.). Fans can once again expect a diverse release full of intense danceable and stompy electro songs, with dark melodies and lyrics full of self exploration but a further refined sound as Ayria pushes further ahead to once again create something unique and addictive. 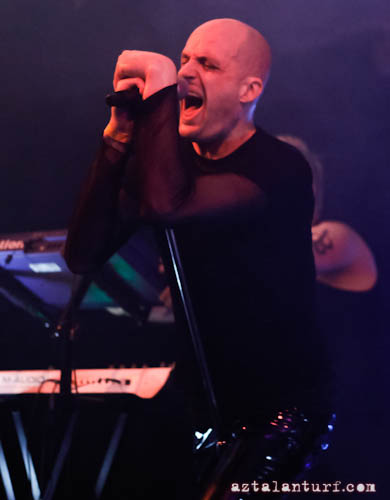 In the fall of 2010, three members of a Minneapolis-based synth-punk band decided to form a side project to allow them to play more live gigs. The new band would be harder and draw more heavily on the trio’s love of industrial and electronic music. A few months later, as|of was born. The name is meant to embody the idea that the forces and conditions that affect a being ‘as of’ one moment in time can change drastically ‘as of’ the next.

The three founding members, Eric Shough, Charles Finley, and Tony Logan, are longtime fans of genre giants such as Skinny Puppy, NIN, and KMFDM but are also influenced by new-wave icons like Pet Shop Boys, The Cure, and Depeche Mode.

The band’s self-titled first album was released in the spring of 2011 and is available at Radio-Active-Music.com.

Currently, as|of is writing songs for a second album to hopefully be ready for release within the year.

DJ Nitrogen currently DJ’s in Minneapolis at Hard Mondays @ the Saloon nightclub, at Ground Zero Friday’s for the The Next Element and Saturdays for Bondage a Go-Go.

Nitrogen has opened for multiple national acts including: Lords Of Acid, Combichrist, VNV Nation, Thrill Kill Kult, Front Line Assembly, And One, DJ Acucrack, Angels On Acid, Voltaire, Cruxshadows, Razed In Black, as well as many others. He has also played at five Rubber Balls, all eight Minneapolis Goth Prom’s and plays around the country in multiple cities as a guest DJ including twice at the Eccentrik Festival Festival in North Carolina and is a yearly fixture on the main stage of the midwest’s largest Scifi convention: CONvergence.

Nitrogen has been a professional DJ in the Twin Cities area for more then 15 years. He has has been a resident DJ in over 10 clubs including: Gators at the Mall Of America 5 years, First Ave 4 years, The Saloon Nightclub 8 years and Ground Zero 5 years.